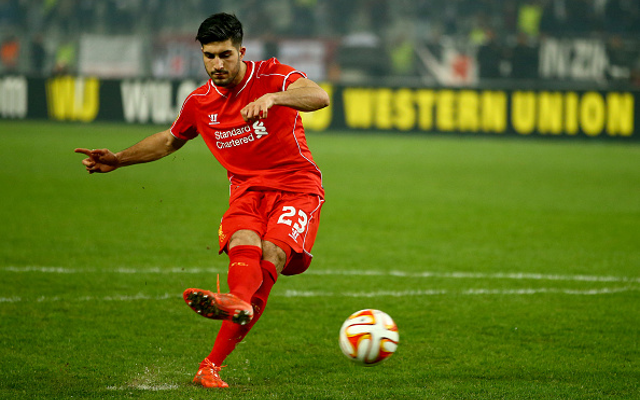 It speaks a lot to Liverpool’s confidence in Emre Can that they want to extend the 22-year-old midfielder even though they have him under lock and key until 2018.

According to Goal [per the Metro], Liverpool have begun negotiations with the star midfielder in hopes of giving him ‘improved terms’ and possibly ward off prospective buyers. Can has made 91 appearances for the Reds since making the switch from Bayer Leverkusen in 2014 and has become a fan favourite at Anfield over the last two years.

Per the source, manager Jurgen Klopp sees Can as an important player on the team going forward. He has two years remaining on his current deal with the club.

This past season Can set career highs in league and total appearances, and was named to the UEFA Europa League Team of the Season along with teammate Philippe Coutinho, and was a key player in the team’s Europa League Final run.

Given the team’s frustrating inability to get Jordan Henderson back on the field, it’s possible the German midfielder could replace the oft-injured Reds star.