Thierry Henry, Cristiano Ronaldo, Didier Drogba, Timothee Atouba; there have been many great foreign players to play in the Premier League.

One which has so far slipped through our grasp is Andrea Pirlo. But has the Italian pass-master just dropped a hint about a future move to England?

The 37-year-old, a World Cup winner, two-times Champions League winner and six-time Serie A winner, uploaded an Instagram picture of him enjoying an English lesson. 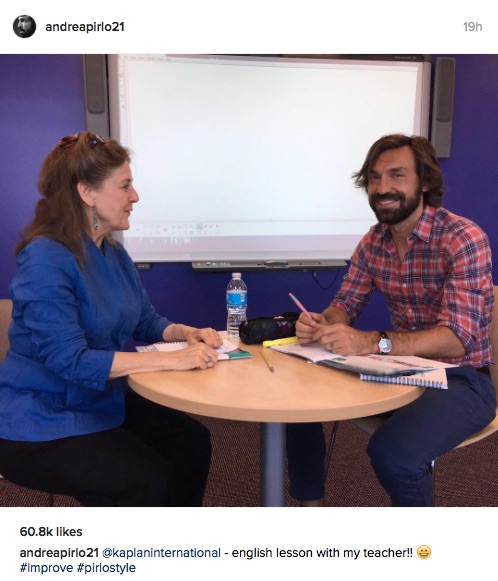 This could simply be to make himself feel more at home at current club New York City FC, but his contract with the MLS franchise expires in December, and learning English is a long-term commitment.