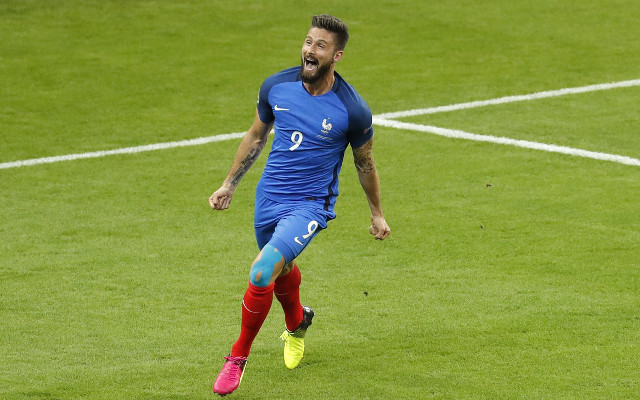 For weeks, if not months, Arsenal and France forward Olivier Giroud has been the subject of rampant abuse on social media for his goal-scoring droughts and inability to finish on chances over the past year. But Giroud got the last laugh on Friday after he netted the first goal of Euro 2016 – a header off the assist from Dimitri Payet to take a 1-0 lead in the eventual 2-1 win over Romania.

After the big win, Giroud took to Sky Sports to brush off his many critics and made it clear that when he’s in form he’ll be just fine.

‘My statistics speak for themselves,’ Giroud said.

‘Several people have told me that I play better through adversity, but I don’t always want to have to be fighting against the mudslingers.

‘I had a lot of pressure on me and there was a lot of expectation. But I’m continuing my run of form and that’s good for me.’

The stats don’t lie (even if they don’t tell the whole story) – over his last five games for club and country Giroud has eight goals. However, it’s worth noting that prior to a one goal, one assist performance against Manchester City in May, his only goals between late-January and April were a brace against Hull City in the FA Cup and a friendly goal against the Netherlands.