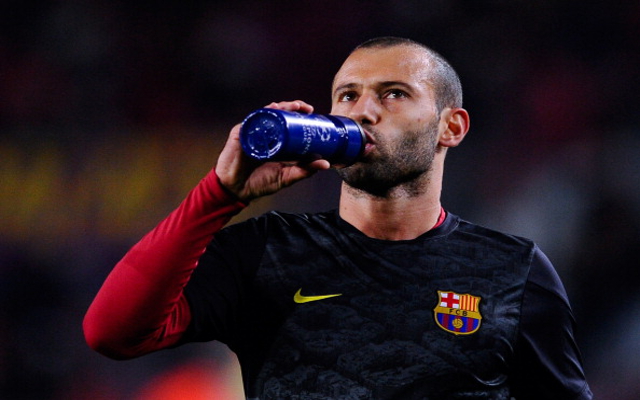 Javier Mascherano is reportedly disappointed with the Barcelona hierarchy as he looks to push through a move to Juventus this summer.

The Argentine international is understood to have felt ‘deceived’ by the club after promises weren’t kept as he informed the club earlier this season that he was unhappy.

No decision over his future is expected until after the Copa America, with Barcelona still hopeful that they can convince him stay as he still forms an integral part of coach Luis Enrique’s squad.

Nevertheless, according to Sport, Mascherano will sit down with President Josep Maria Bartomeu after the Copa to discuss his future, but will continue to ask for a transfer to Juventus.

The Bianconeri are already expected to sign his teammate Dani Alves this summer, as noted by Sport, and they could indeed now be edging closer to completing a double swoop on the La Liga champions.

It’s a worrying time for their Serie A rivals though as they continue to build a daunting squad capable of continuing their domestic dominance, although there is still some way to go before a deal is reached for Mascherano.

Juve have reportedly offered €15m for the 32-year-old, while Barcelona are holding out €50m which seems ridiculous given his age.

It is claimed that one of the reasons that he would welcome a move to Turin is the chance to play in midfield again, and if he wants to therefore force the move, then perhaps Barca will have no choice but to lower their demands and let the transfer happen.

The report also states that Juve’s offer of a three-year contract was key in convincing Mascherano that they value him more than the Spanish champions, and it seems as though he has made his mind up about a move with relations with Barcelona officials at an all-time low.