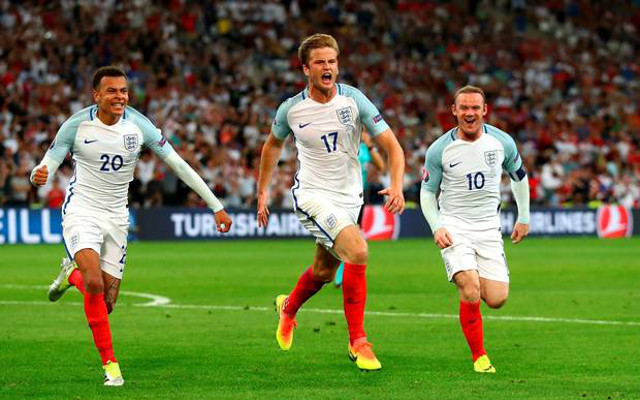 England suffered a bitter and disappointing blow in their Euro 2016 opener, conceding an equaliser in the dying moments. It was a case of same England different year, with the Three Lions arguably flattering to deceive yet again.

Things were looking really positive from an England stand point early on, with Roy Hodgson’s formation and team selection working well. They were dominating the game in every sense, and Russia really weren’t threatening at all. England weren’t getting that all important goal though, so their hard work threatened to come to nothing.

Finally late in the second half though, with less than 20 minutes to go, Eric Dier stepped up and put a fantastic free-kick into the back of the net.

VIDEO: Unfortunate result for #ENG in the end but take a look at Eric Dier’s free-kick. Simply stunning #EURO2016 https://t.co/WEAqOLiakn

It looked like that would be it, with England just needing to remain disciplined and keep the Russians out. There were also chances to hit on the counter-attack, but none were taken and they were eventually punished.

Vasili Berezutski rose highest in the box to head over Joe Hart and into the far corner, with Denis Glauhakov claiming the final touch (although it may have already been over the line).

The England players were devastated, and couldn’t believe they’d thrown away their lead. It was arguably an undeserved point for Russia, but when England are so dominant they can’t afford to let their opposition go unpunished.

With Wales winning earlier the pressure is now on England, and they need to make sure they win both their remaining games.