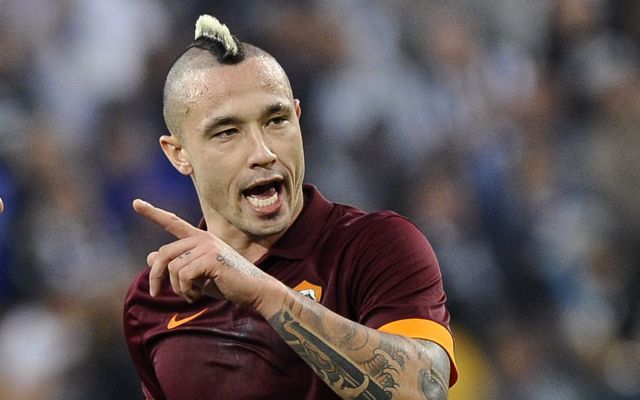 Roma are reportedly looking at offering midfielder Radja Nainggolan an improved contract in order to secure his future this summer.

The Belgian international has been linked with a move to Chelsea for months, with Antonio Conte keen on taking the combative midfield ace with him to Stamford Bridge ahead of his first season in charge in west London.

However, he could be dealt a blow as according to La Gazzetta dello Sport, Roma are ready to offer Nainggolan improved personal terms in a bid to keep him in the Italian capital beyond this summer.

The Giallorossi have already been dealt a huge blow this week with the news that Miralem Pjanic is set to move to Juventus, and in turn, they will be desperate to avoid losing any more key players ahead of next season.

While the fee for the Bosnian playmaker could be enough to allow them to make their signings, including keeping Wojciech Szczesny and Lucas Digne at the club after successful loan spells, it doesn’t appear as though they’ll have to sell any other star names to balance their books.

As a result, Gazzetta claim that Nainggolan has been in contact with the club regarding the Pjanic situation and how it will effect him personally, with both parties seemingly keen on discussing a new deal rather than a parting of ways.

If that turns out to be the case, it will be a setback for Conte who would have hoped to sign the 28-year-old as he would more than likely have been a success in the Premier League given his playing style and combative nature.

Nainggolan joined Roma from Cagliari in 2014, and although his stats of six goals and two assists in 42 appearances in all competitions last season don’t paint a particularly influential picture, his all-round game and contribution is crucial to their play and Luciano Spalletti will be delighted if the club can keep hold of him.