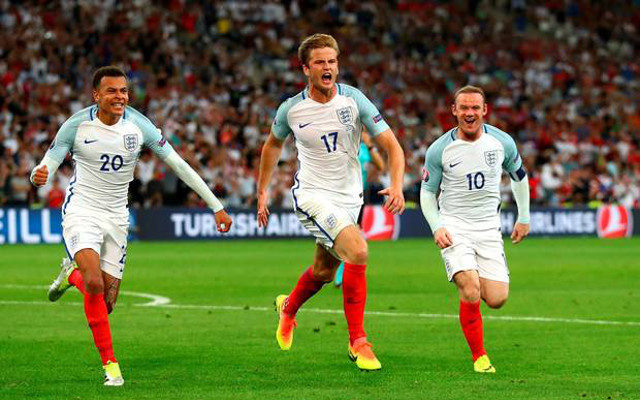 England secured a 1-1 draw with Russia in Marseille on Saturday night as they got their Euro 2016 campaign underway with mixed results.

On the whole, Roy Hodgson’s men impressed and deserved to secure all three points. However, they suffered disappointment with Vasili Berezutski’s injury-time equaliser and will now hope that they don’t rue the missed opportunity.

There were several talking points from the game, both concerning England’s performance in general and with key individuals producing impressive displays.

Particularly in the first half, England’s work off the ball was impressive, as Russia had little time on the ball and were pressurised into making mistakes which in turn allowed England to get on the front foot.

Although their level dropped after the break, it was encouraging and if Hodgson’s men can continue with that approach, they’ll cause teams big problems.

The Manchester United captain is now set to be deployed in midfield, and he combined his work ethic and creativity really well.

Was more influential in the first half and had a great chance to score but was denied by a brilliant save from Igor Akinfeev. Overall, a good night for the 30-year-old.

Eric Dier key role for side

The 22-year-old’s energy and defensive coverage was key for England in allowing them to dominate and set the tempo against Leonid Slutsky’s men.

Capped it off with a stunning free-kick, and he will now hope to continue to grow and mature into a leading figure in England’s campaign.

Both Hodgson and Dier insisted that a lack of experience wasn’t to blame for the disappointing equaliser at the death, but they’re wrong.

England still clearly haven’t developed that habit and ability to see out results at major tournaments, and for all the positive signs from the game, it was ultimately a disappointing night given that they had to share the spoils when they should of won comfortably.

Hodgson substitutions need to be better

The England boss came under fire after the game, particularly for his decision to replace Rooney with Jack Wilshere with just over 10 minutes remaining.

Raheem Sterling, Adam Lallana and Harry Kane should arguably have been in line to come off first, with Jamie Vardy sitting on the bench when he could have used his pace and movement to finish off the game.