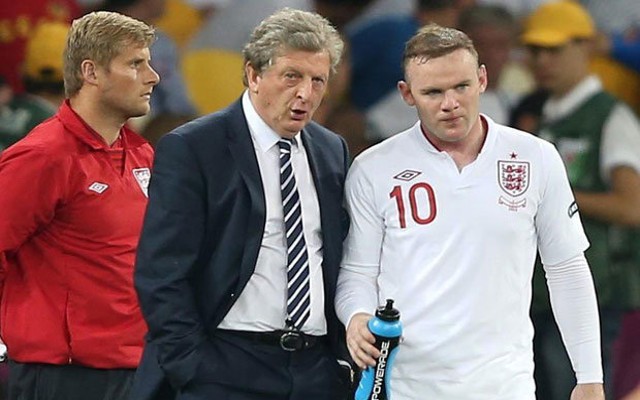 England boss Roy Hodgson has defended his decision to substitute Wayne Rooney during his side’s 1-1 draw with Russia in Marseille on Saturday night.

The Manchester United captain impressed in his midfield role, helping England dominate possession and dictate the tempo of the game, particularly in the first half, while he combined his work ethic and creativity to good effect.

Rooney completed the most passes of any player in the opening 45 minutes, and Jose Mourinho would certainly have had a close eye on proceedings as he perhaps contemplates using the England ace in a deeper role at Old Trafford next season.

While he also came agonisingly close to giving his side the lead but for a stunning save from Igor Akinfeev, Hodgson’s decision to replace him in the 78th minute was widely criticised.

England were eventually pegged back by Vasili Berezutski who scored an equaliser in injury-time, but the 68-year-old was at ease with his decision.

“I thought he [Rooney] had a good game, but was tiring,” Hodgson told reporters in his post-match press conference.

“Quite a lot of players out there were tiring because, although it wasn’t baking hot, there was quite a humid atmosphere which saps the strength of the players.

“We just thought, with the control we had in the game and [Jack] Wilshere on the bench, we could have the luxury of taking Wayne off the field and that Jack would do a similar job. I think that’s exactly what happened.

“Always afterwards you can look and think ‘Could we have used more subs? Could we have done a bit more?’ But we didn’t honestly believe we were in great difficulties during that time and we thought we’d see the game out 1-0.

“If anything, we replaced Raheem Sterling, who had worked very hard, with James Milner with a view perhaps to seeing the game out, but were unlucky to concede the late goal.”

Rooney will now hope to continue the momentum he built in the opening game when England take on Wales on Thursday as they look to overcome the disappointment of being unable to hold on for all three points against Russia.

Nevertheless, despite Hodgson’s argument, the decision to bring the 30-year-old off was a strange one, and many certainly disagreed with both his substitutions on the night.