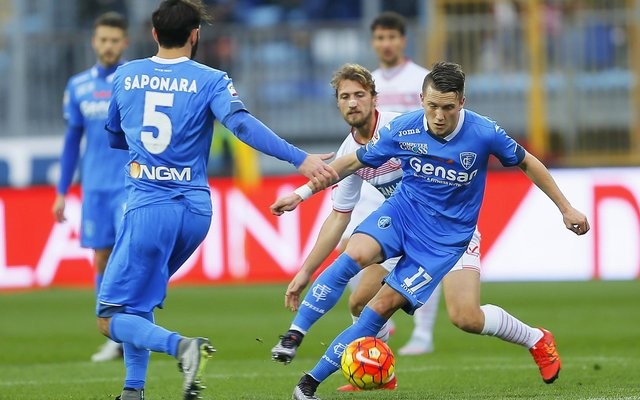 Napoli President Aurelio De Laurentiis has revealed that Piotr Zielinski is ‘doing everything to resist’ a move to the club, as he wants Liverpool.

The Polish international is owned by Udinese, but enjoyed an impressive campaign on loan at Empoli last season which in turn saw him attract plenty of interest from around Europe.

It was claimed that Napoli were on the verge of completing his signing in a deal worth €12m plus Camilo Zuniga, but instead, De Laurentiis has conceded that the player doesn’t seem too keen on the move.

“I negotiated for Zielinski with the Pozzo family and we finalised every detail,” De Laurentiis told Corriere dello Sport.

“Instead it now seems as if the player is doing everything possible to resist the move and not come here. He wants Liverpool.

“Maybe he has never been to Naples, or just loves The Beatles… If I were Zielinski, I’d run here. I’d tell him, are you not interested in playing the Champions League with Maurizio Sarri as your teacher?”

Despite the passionate case that the Italian makes, it remains to be seen whether or not it’s enough to convince Zielinski to make the switch to Napoli.

Jurgen Klopp is a keen admirer of the midfielder and has been linked with making a move for him for months, but it appeared as though he was set for further frustration in the transfer market with Napoli emerging as the favourites to sign him.

However, he will now be buoyed by the latest development and will be hopeful that the player’s reported desire to move to Merseyside is enough to wrap up a deal and scupper Napoli’s chances.