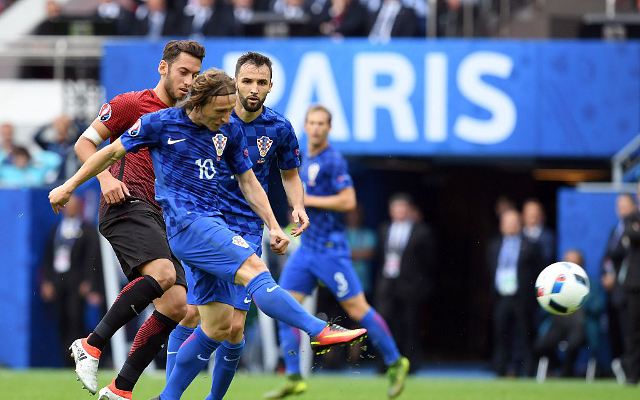 Croatia took a 1-0 lead over Turkey into the half-time interval of their opening game of Euro 2016, with Luka Modric scoring with a brilliant volley.

It was a scrappy game between the Group D rivals for the most part in the opening 45 minutes, with both sides having big chances to break the deadlock.

However, both were guilty of missing their opportunities until Modric stepped up and produced a moment of class, although Turkey goalkeeper Volkan Babacan will likely feel as though he could have done better.

Take nothing away from Modric’s strike though, as it was a sublime bit of skill to catch the ball perfectly and give his side an important lead.

Spain and Czech Republic square off on Monday in the other opening fixture of this group, but it remains to be seen whether or not Ante Cacic’s side will hold on to their advantage to secure three vital points.