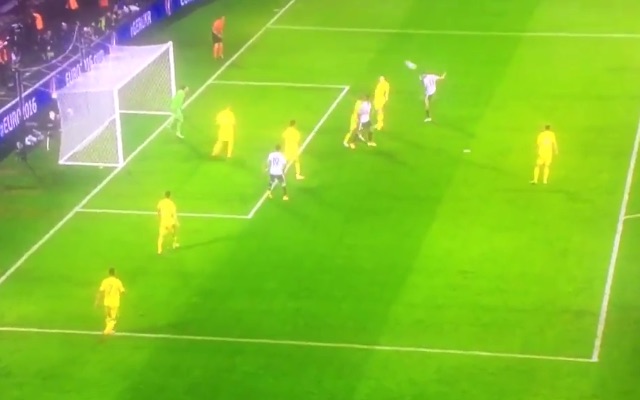 Thomas Muller is a top forward and a genuine banter king.

However, he was on awful form on Sunday night, despite his Germany side beating Ukraine 2-0.

The Bayern Munich man barely had a sniff in front of goal.

And when he did get a chance he ended up getting hit on the head by a cross which he was trying to volley!

In fact, he was nutmegged twice within the space of 30 seconds late in the first half.

Check out Muller’s Euro 2016 lowlights below.

SEE ALSO:
Amazing Jerome Boateng clearance keeps Germany ahead after goal from unlikely scorer
Joachim Low caught on camera touching and smelling his own genitals while on Euro 2016 duty with Germany

When you can’t make your mind up whether to header or volley and do neither! #Muller #Euro2016 https://t.co/dB5NiE8V9g