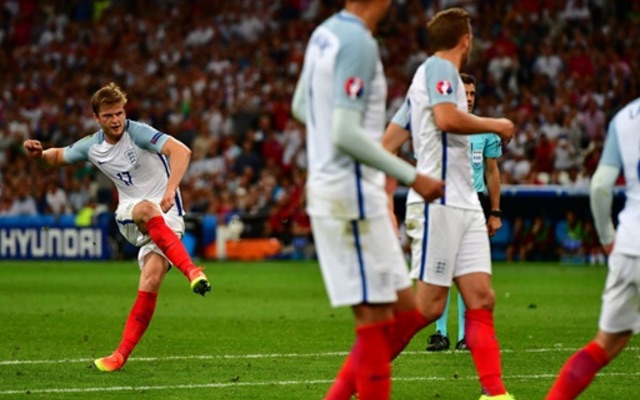 We thought we knew what Eric Dier was all about.

After a season in which the 22-year-old barely missed a game for Tottenham Hotspur, we all became well aware of his ability as a fine anchor man.

Dier fast become known as a tough-tackling midfielder, with a calm head in and out of possession.

But, until last night, ‘Eric Dier free-kick specialist’ was a secret.

I cannot recall ever seeing Dier shoot from a set-piece before.

However, it turns out he’s been fine-tuning this secret skill of his for years.

The video in the Tweet below shows a young Dier scoring a belter during an England U21 free-kick training session in 2013.

His calm reaction to finding the net on this occasion suggests that he’d probably nailed many more just like it previously.

Eric Dier has been working on free-kicks for years.

Dier had scored five goals for Spurs and England this season before last night’s dead-ball pinger. Three of those five were headers.