And he moved to enhance his popularity among the Gooner community over the weekend by liking a Spurs-trolling tweet. 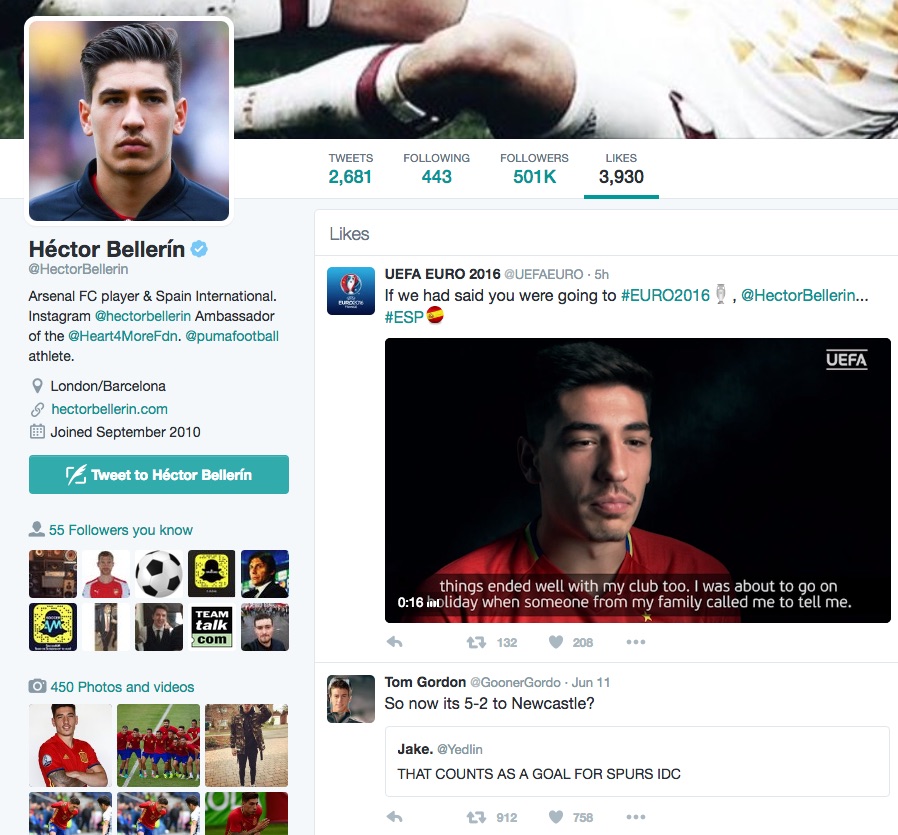 The Spanish starlet seemed amused by Tom Gordan’s reply to Tottenham supporter Jake, who appeared rather boastful after Eric Dier fired England in front against Russia.

Jake was swiftly reminded about his beloved Tottenham’s end-of-season collapse, starring a 5-1 defeat at Newcastle, which allowed Arsenal to finish above their North London rivals, again.

SEE ALSO:
Thomas Muller nutmegged twice in a minute, after spectacular volley fail
Amazing Jerome Boateng clearance keeps Germany ahead after goal from unlikely scorer
Joachim Low caught on camera touching and smelling his own genitals while on Euro 2016 duty with Germany