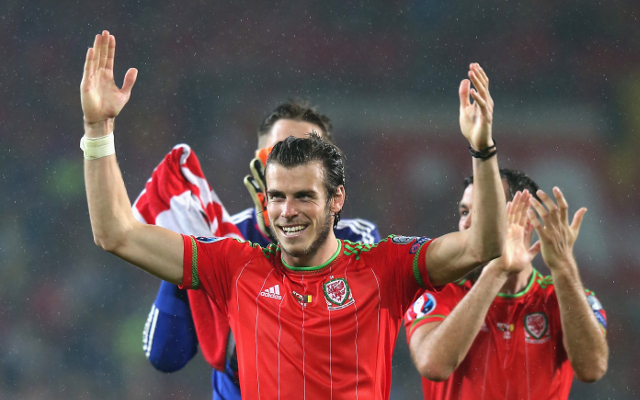 Chris Coleman has insisted that Wales star Gareth Bale wasn’t being disrespectful when he suggested the Welsh have more pride than England.

The two sides have engaged in a war of words in the build-up to their Euro 2016 clash in Lens on Thursday afternoon, with Roy Hodgson and Jack Wilshere both taking exception to the Real Madrid star’s comments.

However, Coleman has looked to alleviate the tension by insisting that Bale wasn’t trying to be disrespectful, as he was making a valid point but perhaps didn’t word it appropriately.

“If you know Gareth, he is the most down to earth boy you could wish to meet. He is not a disrespectful kid,” he told reporters. “I can understand where Roy was coming from, but I think Gareth meant it in a way of ‘little old Wales.’

“Gareth was simply saying, we are a small nation. We are a tight nation. Little things mean more to us than to the bigger nations I understand where Roy is coming from, but Gareth was not being disrespectful.”

Coleman added that he has no concerns over Bale not being able to back his words up with a performance on the pitch, as he cited his display against Atletico Madrid in the Champions League final last month as a prime example.

The 26-year-old claimed prior to the game that no Atleti player would make it into Real’s starting line-up, and while he would probably be well-advised to avoid making such statements to motivate the opposition, he ultimately backed it up on the pitch with an assist and a converted penalty in the shoot-out.

Bale scored in his side’s 2-1 win over Slovakia in their Group B opener at the weekend, and he will be desperate to inspire the Welsh to another win to help them move closer to advancing to the knockout stage of the tournament.