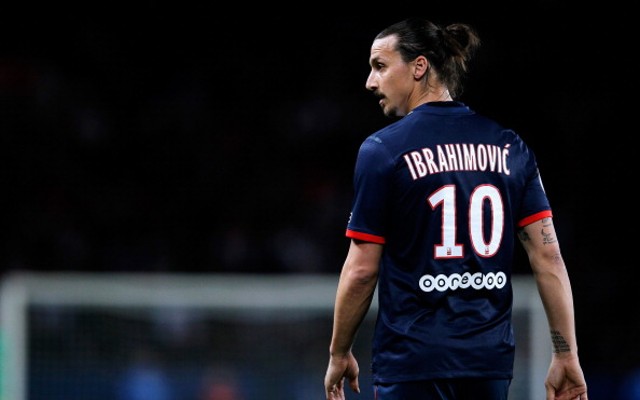 Manchester United will reportedly face competition in their bid to sign Zlatan Ibrahimovic this summer, with Bayern Munich said to be in talks with him.

The 34-year-old is currently on international duty with Sweden at Euro 2016, as he helped his side claim a 1-1 draw with the Republic of Ireland in their opening game of the tournament on Monday.

However, his club future continues to dominate headlines, as with his contract with Paris Saint-Germain set to expire at the end of this month and with no new deal on the table, he will be announcing his new club in a matter of weeks.

The Swedish international has long been linked with a move to United this summer, particularly following the arrival of his former boss, Jose Mourinho, at Old Trafford last month.

Nevertheless, according to Bild, Carlo Ancelotti has been in ‘secret talks’ with the influential forward, with Bayern now emerging as a genuine option given their ability to offer Ibrahimovic a chance of winning the Champions League in the more immediate future.

Ancelotti will replace Pep Guardiola at the helm in Bavaria this summer, and with concern over Real Madrid’s interest in Robert Lewandowski, the Italian tactician could be forced into signing a new striker ahead of his first campaign in charge.

The pair worked well together in the French capital previously having won domestic honours, while this wouldn’t be the first time that Ancelotti has tried to sign the Swede, as he has previously revealed to the media that he tried to sign him while in charge of Real.

If there is truth behind the suggestion that talks have taken place between Ibrahimovic and Bayern, then it will certainly be a major blow for United and Mourinho as they look to strengthen significantly this summer in order to ensure that the club compete at the top of the Premier League table next season.