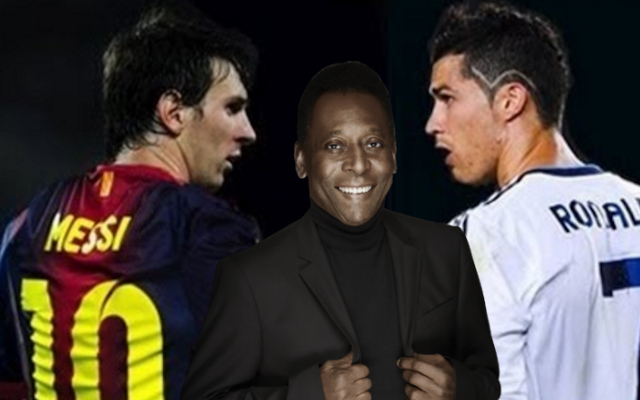 Since the beginning of time (give or take) man has been divided on one point.

That point is football’s greatest question…

Who is better between Lionel Messi and Cristiano Ronaldo?

Until now, the world has been split, but Brazil legend Pele, whose vote is like Simon Cowell’s on an X Factor deadlock, has now spoken.

Firstly, Pele acknowledges that both players are world class.

However, he suggests that today’s game is poorer than recent years because Messi and Ronaldo are the ONLY genuine stars.

“At the moment the best player in the world is Ronaldo. I admire him, if I had to set up a national team he would be my first pick. But in the meantime I feel sorry because today and the last five years, you just mention two big stars. Some years ago, you had a lot of players.”

So, there you go. Ronaldo is the best player in the world.

I was a Messi man, but Pele knows much more than me!

Messi and Ronaldo are both involved in international tournaments this summer.

Ronaldo begins his Euro 2016 bid this evening when Portugal take on Iceland. Meanwhile, Messi has already scored (another) hat-trick for Argentina, coming off the bench to bag three in a 5-0 win over Panama at the Copa America.