Few young players have endeared themselves to Manchester United fans as quickly as French striker Anthony Martial. After an incredible season for the club, fans were happy enough to see Martial get a spot on the final roster for France – but now he’s getting a chance to start for one of the Euro 2016 favorites.

Per 101 Great Goals, Martial was included by manager Didier Deschamps in France’s 4-5-1 formation for their Euro 2016 group stage match against Albania – his first start in a major international tournament.

He is positioned on the left-wing next to West Ham star Dimitri Payet and opposite fellow 20-year-old Kingsley Coman. 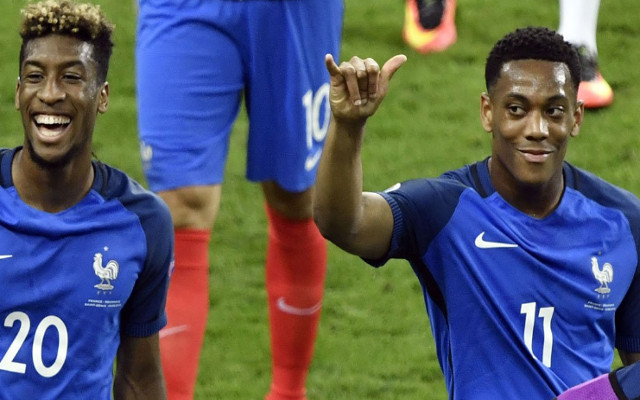 The French striker earned the prestigious Golden Boy Award in 2015 after a breakout year between Monaco and Man United. He finished the season as Man United’s leading scorer with 11 league goals and 17 total goals.