It’s hard to tell who was happier after Dimitri Payet scored his second goal in two matches for France – the French winger himself or his delighted West Ham United manager Slaven Bilic.

While working as a pundit on Tuesday night, Bilic saw the footage of his prized winger sealing the win for France with a last-second and simply could not contain himself – jumping out of his seat and crawling across the table to the delight of his fellow announcers before throwing his arms out into the air to praise the heavens.

Payet was a vital player for West Ham this past season, scoring nine and assisting 12 as the club set new records for goals scored and points claimed. 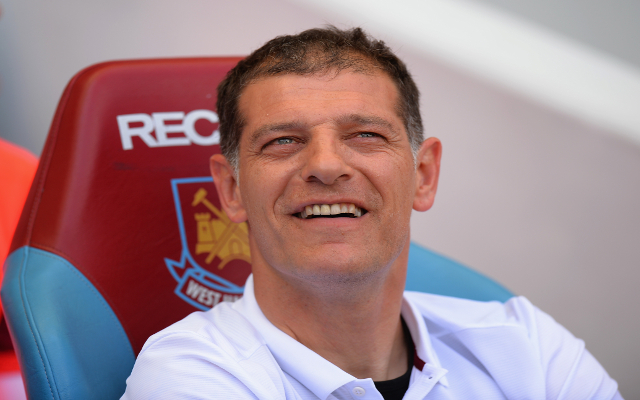