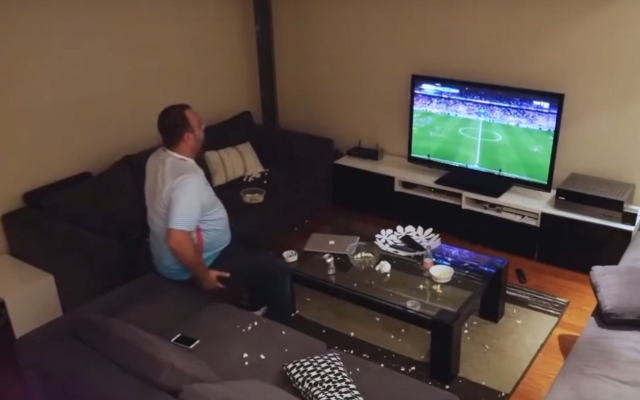 We’ve all lost our temper at some point in our lives while watching football, but this Turkey fan has taken it to another level.

During his side’s game with Croatia at Euro 2016, his better half decided that she’d had enough of his attitude and played a very cruel trick on him.

Using an app on her phone she continuously turned the TV off at crucial moments in the game, sending her man into an absolute rage.

As the fury builds in his eyes, he eventually couldn’t take anymore and proceeds to smash absolutely everything to pieces, including his poor MacBook which can feel hard done by.

Possibly the funniest part of this video is his response to his missus after she sees what he’s done, but overall, this is just hilarious despite feeling bad for the poor bloke.

Many will question the legitimacy of the video and rightly so, but maybe he’s got enough money tucked away to replace his damaged goods…