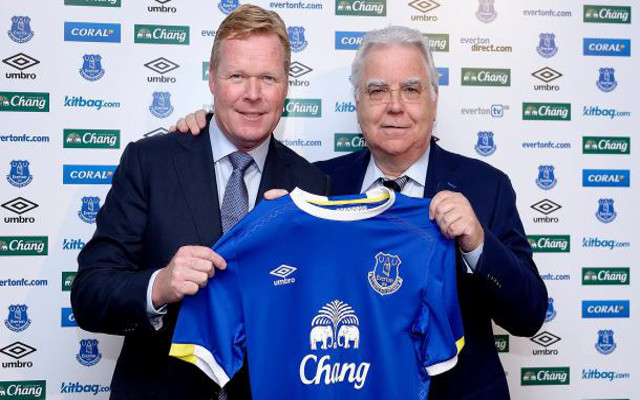 New Everton manager Ronald Koeman is eager to build around the collection of star players that are already under contract – which means Romelu Lukaku, John Stones and Ross Barkley may not be leaving the club any time soon.

In an interview with the Everton official website, Koeman made it clear that keeping his best players at the club is a top priority. The players in question are being highly pursued by Chelsea and Manchester United.

“I know that experience. I have that experience,” Koeman said. “Over the last two years, I always had a lot of interest in the players. First of all, like everybody, we want to keep these key players because you don’t sell your best players.

“But that is about meetings that I will have with this kind of players. Then we will see what happens.

As a result, one can expect a concerted effort on the Toffees’ part to keep Lukaku, Stones and Barkley at Goodison Park this summer – as the three young stars are among the most important building blocks they have.

Koeman moved from Southampton to Everton after leading the Saints to a sixth place finish in the 2015-16 season. Everton finished 11th despite having a top-10 scoring unit.