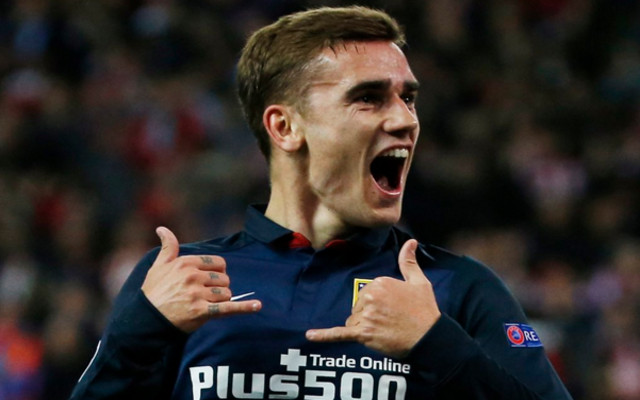 Antoine Griezmann is currently on international duty with France at Euro 2016, but he’s been caught out in a behind-the-scenes video from the French FA.

The French star has established himself as an integral part of Atletico Madrid’s success in the last two seasons, which in turn has naturally led to interest from other clubs around Europe.

Among those are Chelsea who have been paired with an interest in the past, and the club’s fans will be delighted with what they see in the video below.

Now just because Griezmann is playing as the Blues on Football Manager doesn’t exactly mean that he’s desperate for a switch to Stamford Bridge, but he’s obviously got a liking for the Premier League outfit or just enjoys splashing a bit of cash in the game.

Whether Antonio Conte reciprocates the feeling this summer with a bid remains to be seen, but Griezmann will be focused on matters in the real world in the coming days and weeks as he hopes to inspire Les Bleus at Euro 2016.

Griezmann deliberately switching to Chelsea when he found out he was being filmed. Tease. pic.twitter.com/rclxpCFxhB