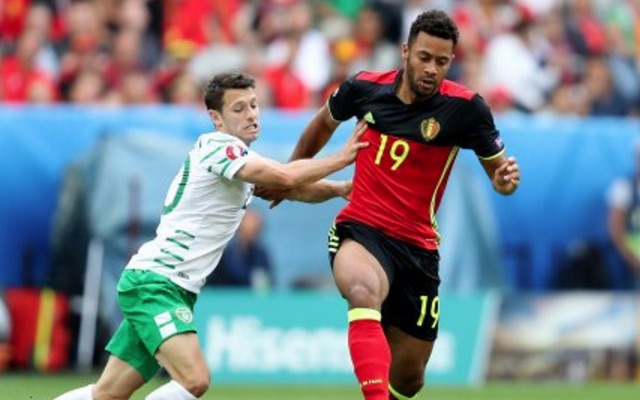 A Mousa Dembele injury has spoiled an otherwise fine day for Belgium at Euro 2016.

Belgium have got their Euro 2016 campaign back on track by responding to their defeat to Italy with a win against the Republic of Ireland in Bordeaux.

It’s not all been good news for the Red Devils, though.

He was replaced by Radja Nainggolan due to what looked like a recurrence of his ankle problems.

A prolonged Dembele absence would be a big blow for Belgium, especially considering the Tottenham Hotspiur midfielder was so impressive during the first half.

Mousa Dembélé’s first half by numbers:

If Dembele wasn’t make of glass, he’d have 17 ballon dor’s by now.

Dembele off, tv off.