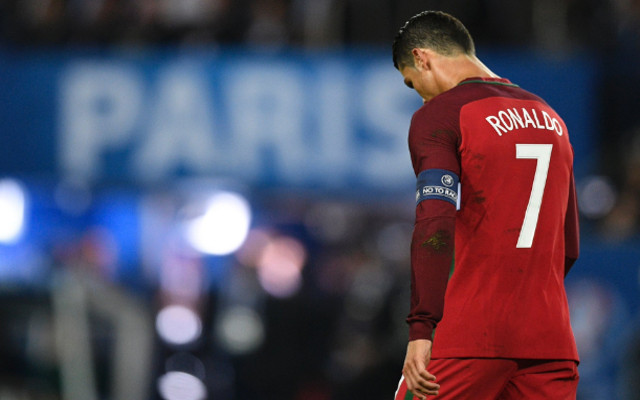 In what might be described as one of the worst performances of Cristiano Ronaldo‘s storied career, the Portugal captain was held goalless for a second straight game in Euro 2016 – this time against Austria – capped off by an incredible miss as his penalty kick bounced off the goalpost to preserve a scoreless draw between Portugal and Austria.

Ronaldo made the game-winning penalty kick against Atletico Madrid to win the Champions League last month. But of the 58 goals he has scored for his home country Portugal, that miss may be the most memorable down the road.

Last week Ronaldo and Portugal were held to a 1-1 draw against Iceland.