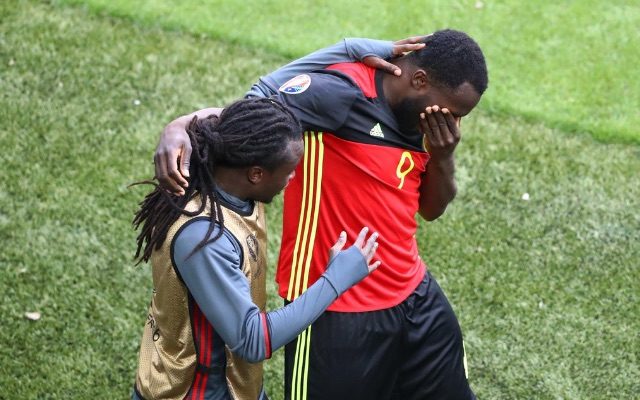 Everton hitman Romelu Lukaku scored twice as Belgium blew the Republic of Ireland away in the second half in Bordeaux to get their Euro 2016 campaign back on track on Saturday afternoon.

Belgium dominated the first 45 without reward, but their superiority began to show on the scoreboard three minutes after the interval when Lukaku curled home from outside the penalty area, following a fast break led by Kevin De Bruyne.

GOAL!! Witsel makes a late run into the box and heads a second for #BEL https://t.co/kyV3x23Irq

Lukaku had looked edgy in the first half, but his first goal seemed to boost his confidence.

Firing on all cylinders, the former Chelsea starlet scored again to complete the rout 20 minutes from time.

Belgium captain Eden Hazard burned Ciaran Clark for pace on the halfway line, before speeding in down the right flank. Hazard had options to chose from in the middle. He opted to snub De Bruyne and instead pick out Lukaku, who slotted home cooly with his left foot.

This win for Belgium puts them second in Group E, behind Italy, who have been confirmed as pool winners as a consequence of this result.

Belgium’s final group fixture is against Sweden on Wednesday – at the same time as Ireland play Italy, who are expected to make wholesale changes to their team in preparation for the knockout phase.