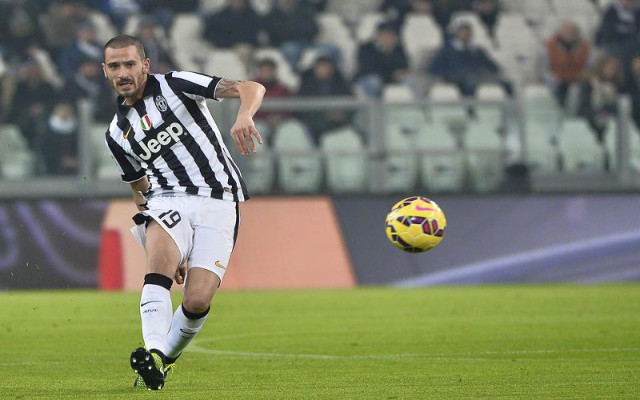 Manchester United boss Jose Mourinho is reportedly not done strengthening his defence, with a move for Leonardo Bonucci being touted.

The Portuguese tactician signed Eric Bailly from Villarreal earlier this month, but the Ivorian is seemingly not enough to add solidity to the United backline.

In turn, The Daily Star have suggested that the Red Devils could make a move for Bonucci this summer, with the Juventus star currently playing a starring role for Italy at Euro 2016.

The 29-year-old is also said to be wanted by Antonio Conte who will arrive at Chelsea after the conclusion of the tournament in France, and it comes as no surprise given his continued excellence for both club and country in recent years.

Bonucci is under contract with the Italian champions until 2020, but it’s claimed that United have the financial power to test Juve’s resolve and offer the defender a deal that would see him earn significantly more.

However, that isn’t likely to be the determining factor in the Italian international’s decision, as he has established himself as a key figure for the Bianconeri which has also seen him secure countless trophies since arriving in Turin in 2010.

With five Serie A titles, two Coppa Italia trophies and a runners-up finish in the Champions League in 2015, Bonucci has been integral to Juve’s success and it’s highly unlikely that they will consider any offers for him ahead of next season.

Massimiliano Allegri has ambitious plans to continue their domestic dominance and end their wait for a Champions League trophy, as seen with their early acquisition of Miralem Pjanic this summer.

In turn, it will likely take a special offer to prise Bonucci away, although his more immediate focus will be on continuing to play a leading role in Italy’s progress at the European Championship.