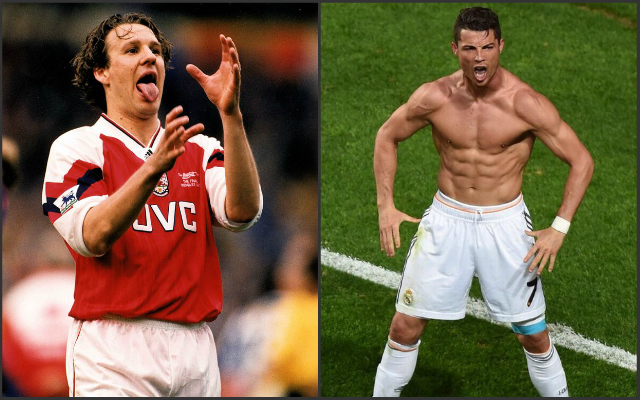 Cristiano Ronaldo has not had a great time at Euro 2016 so far.

The 31-year-old has yet to scored in two full games for Portugal against fairly weak opposition, in Iceland and Austria.

To make things worse for Ronny, he went and missed a penalty on Saturday night.

SEE ALSO: Elisa Panicis does NOT like clothes! Check out the six hottest photos the internet has to offer of CR7’s flesh-flashing new WAG

Let’s not lose our sh*t, though. Ronaldo is still world class.

After all, he scored 35 goals in 36 La Liga starts last season, as well as bagging 16 in the Champions League.

That’s all well and good, but Paul Merson seems to suggest that CR7 is a bit of a flat-track bully.

Merson told Sky Sports: “People tell me Cristiano Ronaldo is a better player than Diego Maradona, but I watched him against Austria and that’s rubbish. Maradona is 100 times better.

“Ronaldo looks great when he’s playing for Real Madrid battering other teams 9-0 every week, but when you ask him to carry a team on his shoulders, he can’t do it.

“People tell me he was unlucky because his penalty hit the post – but luck should not come into it when you take a penalty.”

Retired legend Maradona scored 34 times in 91 senior international games for Argentina between 1977 and 1994.

Ronaldo currently has 58 strikes in 128 outings for Portugal.

At Euro 92, Merson was involved in two of England’s three group games as the Three Lions bombed out without a single win.