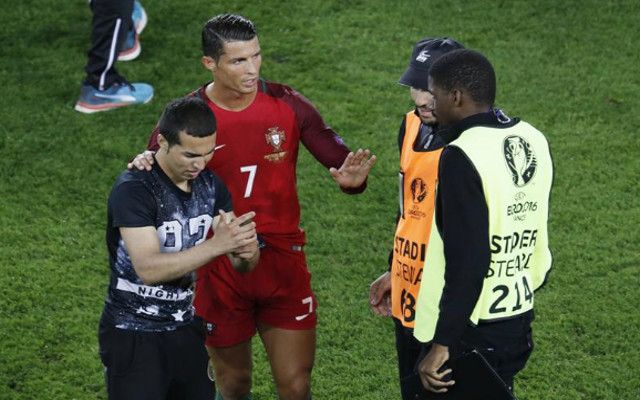 One would think that Cristiano Ronaldo would want a barb-wire fence around him after one of the most un-Ronaldo-like performances of career.

After a penalty kick miss cost Portugal a win against Austria in Euro 2016, Cristiano Ronaldo was spotted on taking a selfie with an obvious pitch invader – who was promptly hauled off by authorities after the Real Madrid superstar was done. 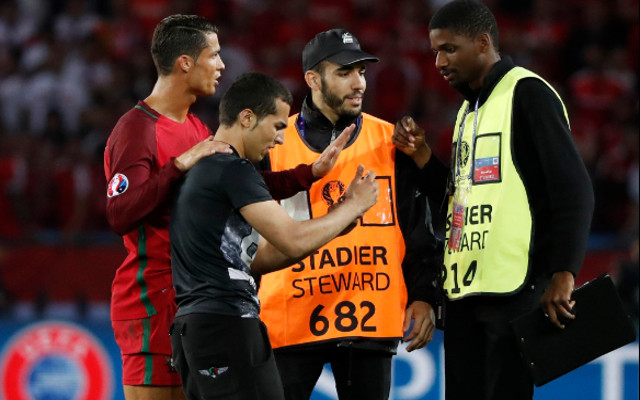 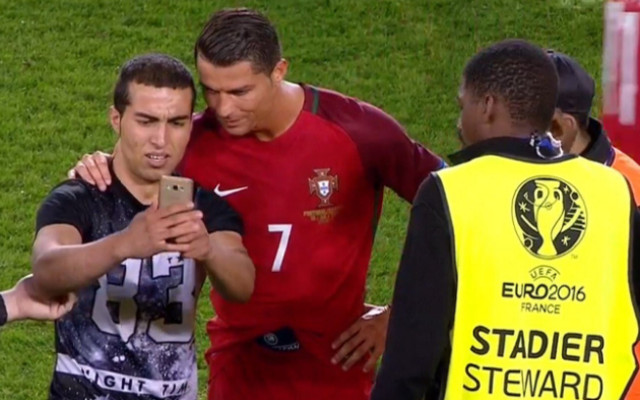 Ronaldo missed multiple opportunities to score in the ultimately scoreless game, including a pk that bounced off the left goalpost.

Ironically, Ronaldo’s arch-rival Lionel Messi did something similar following a Copa America Centenario match. A pitch invader was tackled a few feet from Messi and countryman Sergio Aguero, but the pair decided to hug the fan before authorities dragged him away.