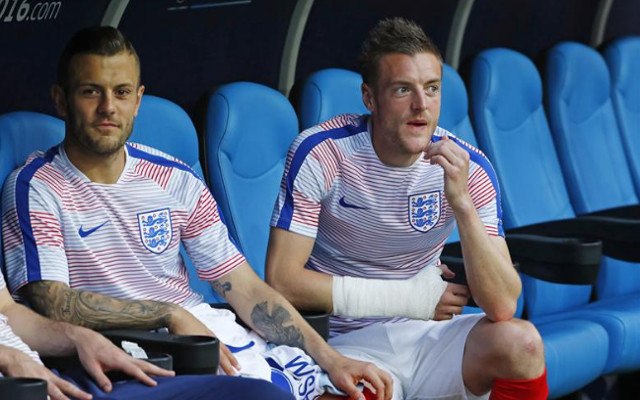 Leicester City striker Jamie Vardy is expected to start for England against Slovakia in their final Group B game at Euro 2016 on Monday night.

Roy Hodgson had previously gone with an attacking trident consisting of Harry Kane, Raheem Sterling and Adam Lallana, but the first pair have been disappointing in France thus far.

Coupled with the impact that Vardy, and Daniel Sturridge, had when coming off the bench against Wales last time out, it appears as though the England manager is ready to make changes.

Looking further back, Vardy has scored four in his last five matches for England, and it also comes off the back of his goalscoring heroics for Leicester in their Premier League title-winning campaign.

That isn’t the only change expected either, with suggestions coming out of the England camp that Jack Wilshere could be in line to start in midfield with Dele Alli getting a rest, as noted by Sky Sports.

England know that a win over Slovakia will secure top spot, which in turn will likely hand them an ‘easier’ game in the last-16.

However, it will be difficult given that their rivals bounced back from disappointment against Wales to beat Russia, and a win over England would see them go through as automatic qualifiers.

In turn, it promises to be an intriguing encounter between the two sides, with Hodgson hoping that his expected changes have the desire effect and see England continue to build on their momentum after that dramatic late win over Wales.