A generation of men just about exploded over the weekend when this picture emerged of Argentina ‘celebrating’ their progress to the Copa America semi-finals.

Gerardo Martino’s tournament favourites beat Venezuela 4-1 in Massachusetts on Saturday, with two goals from Gonzalo Higuain and one apiece from Lionel Messi and Erik Lamela.

But Sergio Aguero and company were seemingly more concerned with post-match selfies and checking their Twitter and Instagram feeds than celebrating reaching the last four.

But this Instagram upload from Javier Mascherano shows that the squad did actually mark the victory in the proper fashion – by celebrating with a meal, together as a squad. 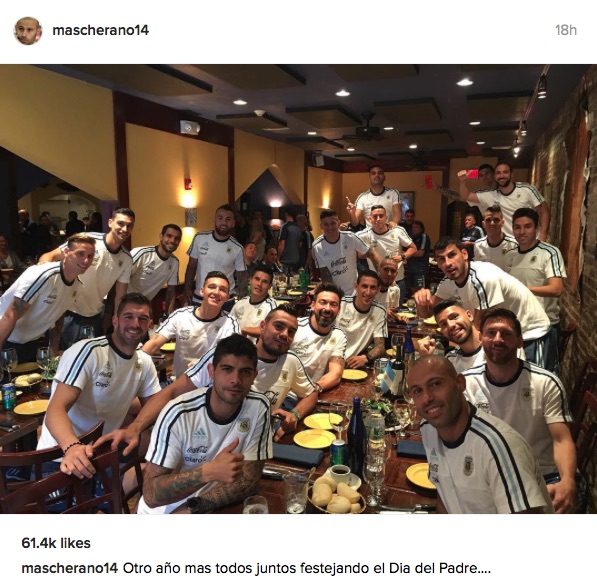 Argentina face hosts USA in the semi-finals in Texas on Wednesday.