Remember when Frank Lampard was just a young pup at West Ham United, and uncle Harry Redknapp was leaping to his defence in the midst of backlash from critical fans?

Lampard uploaded this Instagram picture of the pair enjoying themselves at what appears to be a sweet spot from which to view the New York skyline. Not jealous; not a little bit. 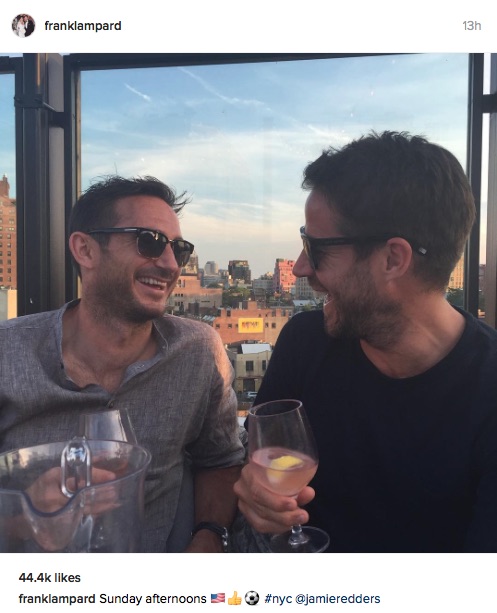 Chelsea legend Lampard scored his first goal of the MLS season for New York City in their 3-2 victory over Philadelphia Union on Saturday, so had double reason to celebrate!