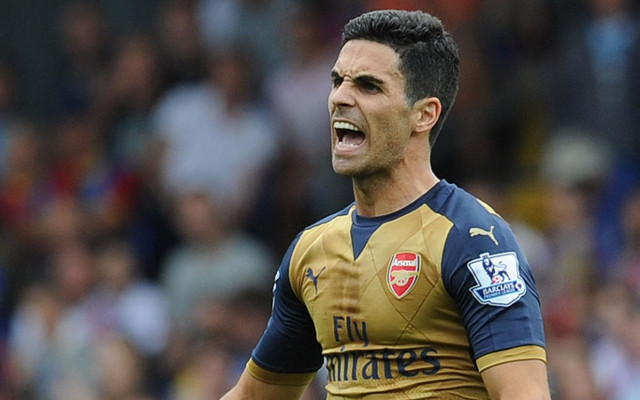 Mikel Arteta has yet to decide on whether or not to accept an offer to join Pep Guardiola’s staff at Manchester City ahead of next season.

The Spaniard will officially leave Arsenal when his contract expires at the end of this month, and in turn he has now explored possibilities to move into a coaching role.

Having been offered the chance to do so by Guardiola in Manchester, talks have continued between the pair but no imminent announcement is expected, according to Sky Sports.

The 34-year-old was limited by injuries last season and although he has yet to officially confirm that he has retired from playing, the general consensus is that he will hang up his boots and continue in a different capacity.

Arsenal are also believed to be interested in handing him a role at the club, but it remains to be seen whether or not the former Everton captain wishes to remain in north London, or secure a reunion with Guardiola with the pair previously at Barcelona at the same time, albeit at different stages of their respective careers.

Arteta has certainly shown enough leadership and tactical knowledge on the pitch during his career to prove that he could develop into a top coach one day, but he’ll face a tough decision on where that journey starts as both Arsenal and City are undoubtedly attractive options.

Guardiola will hope to have his fellow Spaniard form part of his revolution at the Etihad, although Wenger is seemingly keen on the idea of keeping the midfielder around after a successful stint with the Gunners.