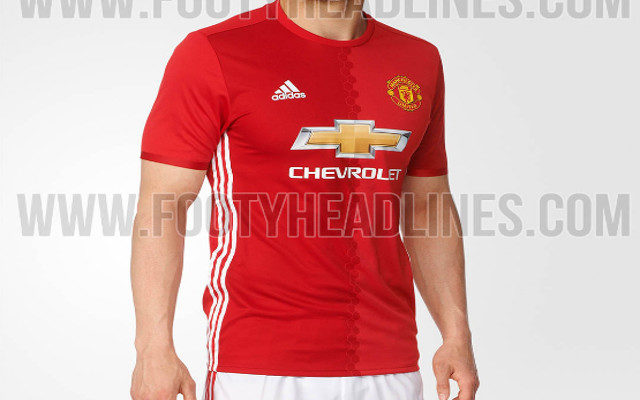 The Man United kit is already on sale in some locations, and it looks pretty good.

Plenty of leaks of the 2016-17 Man United kit have come up before the official release, but apparently it can be bought in some stores in India already.

The two-tone red kit design has been previously leaked along with a controversial blue kit.

According to The Sun, the home kit is not expected to be in shops until mid-July and the team won’t wear it until their August 20 home opener against Southampton.