This is a sight that Manchester United supporters could get used to – Germany World Cup winner Thomas Muller looking pally with two Red Devils players.

But rather than a transfer hint, this Instagram post from the Bayern Munich forward is instead a refreshing example of two nations coming together at Euro 2016.

Muller uploaded a selfie of him hanging out with international teammate Bastain Schweinsteiger, and the midfielder’s Old Trafford colleague Paddy McNair. 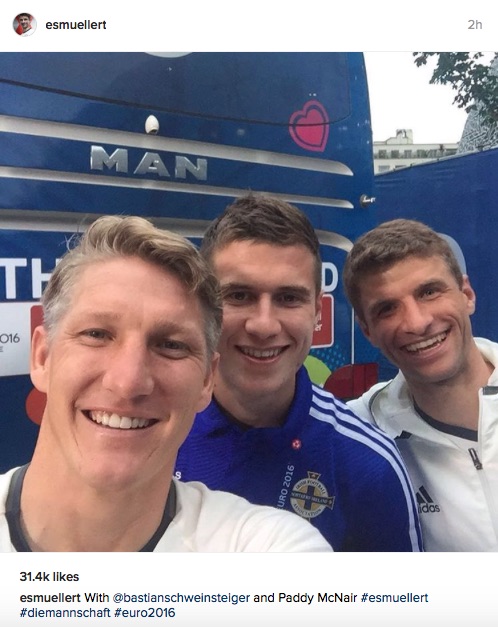 Only last night, McNair’s Northern Ireland were losing 1-0 to Germany, although the British minnows still qualified for the last 16 from third place in Group C.

And at a tournament which has been marred by fan violence, it is refreshing to see Muller and his United friends showing that football is meant to bring people together.