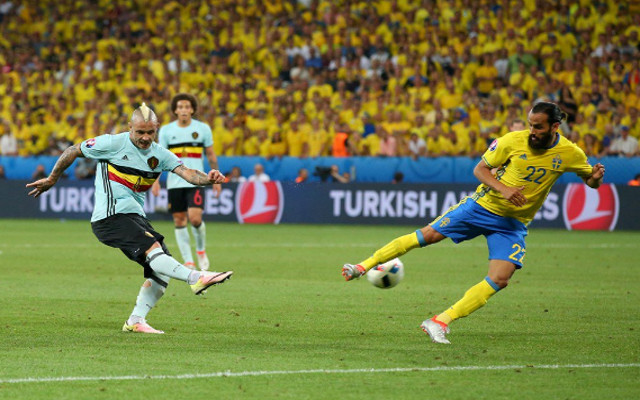 Zlatan Ibrahimovic will leave Euro 2016 having failed to score a goal after Belgium midfielder Radja Nainggolan netted to seal Sweden’s elimination from the tournament.

As with so many goals in Euro 2016, it came in the final 10 minutes of the game – Nainggolan launched a screaming free kick into the top-left corner, out of the reach of Sweden’s stopper to take the lead at Allianz Riviera in Nice.

Three minutes of extra time were not enough for Sweden to secure an equalizer and when the whistle blew Sweden were out of tournament.

Zlatan, for all of his scoring prowess and broken records this past season with Paris Saint-Germain, was shut out of his final game for Sweden and failed to score in the entire tournament.