Arsenal have conducted the biggest Premier League transfer of the summer so far by raiding Borussia Monchengladbach for £30m Swiss midfielder Granit Xhaka.

What other business could the usually prudent Arsene Wenger do before the start of the season? CaughtOffside rounds up the biggest Gunners-related rumours.

One player who will not be joining Arsenal this summer is Jamie Vardy, after the England striker penned a new four-year contract to stay with Leicester City. The Gunners had hoped to sign the 29-year-old after triggering his release clause, but Vardy has decided to remain loyal to the Premier League champions.

But could Arsenal yet snare one of Leicester’s other title-winning heroes? According to Sky Sports and Football Whispers, the flying Algerian winger is attracting interest from across Europe after his PFA Player of the Year season, and the Emirates Stadium is one of his more likely destinations. 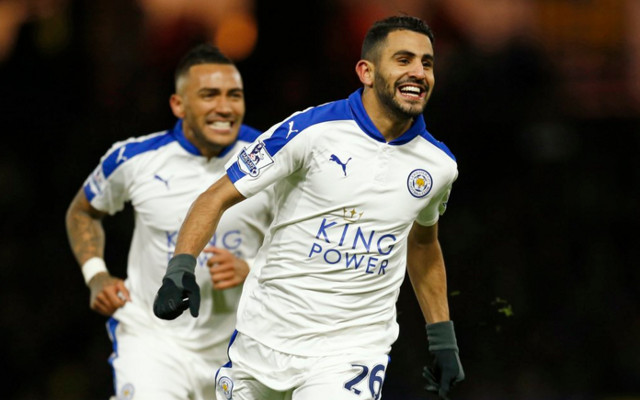 Could Arsenal’s failed pursuit of Vardy increase their interest in Borussia Dortmund hitman Pierre-Emerick Aubameyang? A leading German bookmaker has slashed the odds on him joining the Gunners to 4/1 from 12/1 after Vardy’s snub. The 27-year-old Gabonese would be a pretty acceptable plan B!

Again this one comes from Sky Sports and Football Whispers, who reckon that Ezequiel Garay will be leaving Zenit St Petersburg this summer after two excellent years at the Russian club. Wenger is under pressure to buy a new centre-back, and the physical Argentine might be exactly what he needs.

Sorry Arsenal fans, we are finishing on a worrying note with reports from the The Sun that midfielder Aaron Ramsey is a target for Jose Mourinho at Manchester United. It would take a huge sum for the Gunners to consider selling the Welshman, but the source is quoting a whopping £50m. Interesting!