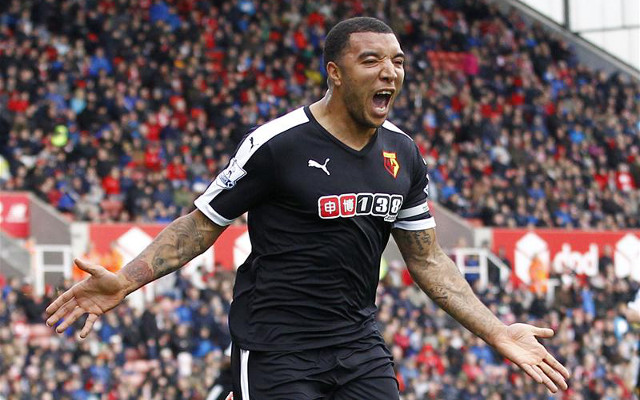 The summer transfer window is still in its early stages, but Leicester City appear to be having trouble picking up the players at the top of their wishlist. In the past few days the reigning Premier League champions have seen bids rejected on two players they sought deals for: Watford striker Troy Deeney and Internacional forward Eduardo Sasha.

According to the Telegraph, Watford have rejected Leicester City’s most recent bid of £25 million for Deeney and are close to giving their star striker and captain a new deal worth £50,000-a-week.

Also, per the Mirror, Internacional have reportedly turned down Leicester City’s £7 million bid for Sasha as it fell below their £9 million asking price.

Sasha scored three goals in eight appearances for Internacional and has been a part of three-straight Campeonato Gaucho title winners in Brazil’s top league.