Liverpool legend Jamie Carragher got the chance to meet The Queen this week. Reds fans may argue that is more of an honour for Her Majesty than Carra.

The former England defender turned Sky Sports pundit uploaded an Instagram picture of his Royal encounter at an event at AlderHey Children’s Hospital.

And he took the opportunity to have some Royally good banter at the expense of one-time Monday Night Football colleague and Manchester United rival Gary Neville. 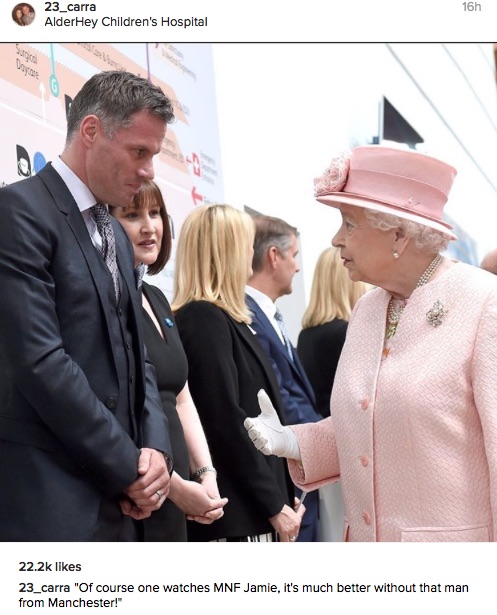 The Daily Mail reports that Neville will return to his punditry role next season, which would be a welcome sight for everyone, including The Queen I’m sure!