David de Gea’s mistake versus Croatia was a sight that shocked the Premier League fans who have seen the Manchester United goalkeeper become the best in the country.

Spain’s new number one, who has inherited the jersey from Iker Casillas, has been criticised for allowing Ivan Perisic’s shot to beat him at his near post in Tuesday’s 2-1 defeat in Bordeaux. 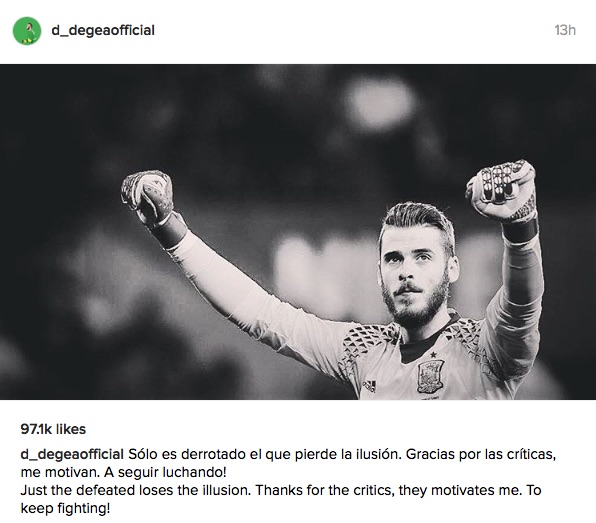 De Gea’s mistake could prove to be costly as it saw Spain finish below Croatia in Group D, setting up a last-16 clash with the impressive Italy, as opposed to the underwhelming Portugal.

Hosts France, world champions Germany and England are also in Spain’s half of the draw.