As you may have seen, Cristiano Ronaldo appeared a bit tense and antsy prior to Portugal’s crucial Euro 2016 Group F showdown with Hungary yesterday.

The Real Madrid superstar grabbed the microphone of a brave roving reporter and threw it into a lake while the Portugal squad were enjoying a leisurely stroll.

But his latest Instagram upload suggests that the three-time Ballon d’Or winner has rediscovered his smile after his two goals in last night’s thrilling 3-3 draw. 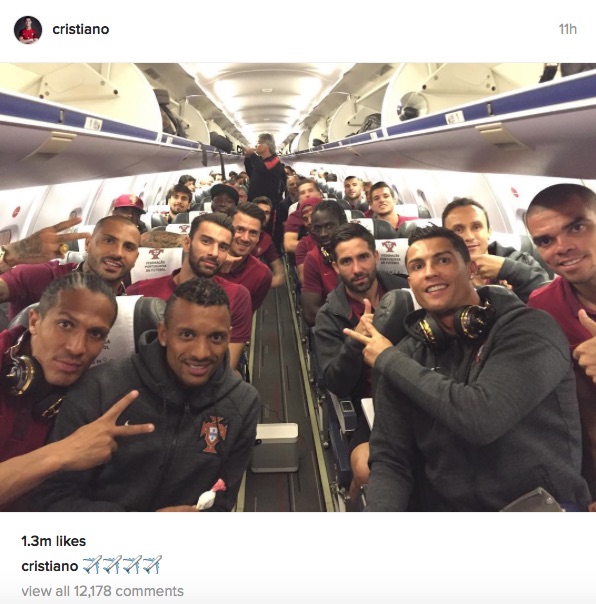 Ronaldo scored twice and assisted the other goal as Portugal came from behind three times to draw 3-3 with Hungary in Lyon and sneak into the last 16.

His opening goal saw him become the first player to score at four European Championships, on a 17th tournament appearance which is also a Euros record.

Courtesy of their third-place finish in Group F, Portugal will face dark horses Croatia, who pipped Spain to top Group D, in Lens the next round on Saturday.