Former Arsenal and Liverpool winger Jermaine Pennant caused quite the stir on Twitter on Friday with his Brexit related question.

The UK voted to leave the EU on Thursday in a decision that has shocked many and left them questioning their future prospects in terms of their finances, everyday life and general aspirations for themselves and their children.

Fortunately, Pennant was on hand to add a bit of light-hearted comedy to the day as he took to Twitter with a simple question over what it would mean for England at Euro 2018. 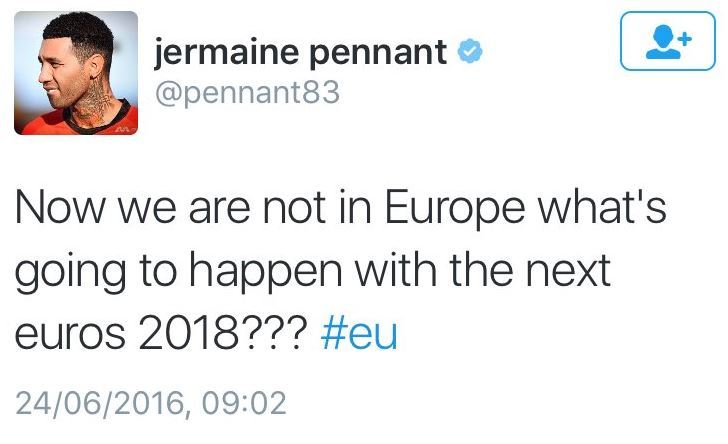 Although the 33-year-old quickly deleted the tweet, keen-eyed followers were sure to grab a screenshot as evidence of his mishap.

Furthermore, the Tampine Rovers star made it worse for himself as he went on to claim that it was all a joke, with many of his followers and those catching on to his tweet insisting that he wasn’t fooling anyone.

Just to be clear for Jermaine’s sake, England will be ok to compete at Euro 2018 as long as they qualify.