Tottenham Hotspur fans will know that Kyle Walker can be a bit of a joker.

The England international full-back is notorious for his ‘Walker’s Wind-Ups’ on Spurs TV, which have included some pretty hilarious Halloween pranks on his Tottenham teammates.

And this picture shows that the 26-year-old has taken his sense of humour with him to Euro 2016, with Spurs colleague Dele Alli the victim of his latest mature and sophisticated antics… 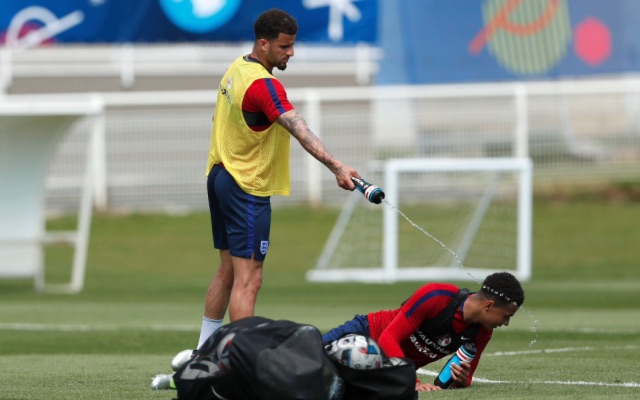 Now that Alli has been suitably refreshed, both he and Walker are expected to be recalled for Monday’s last-16 clash with Iceland, having been rested for the 0-0 draw with Slovakia.