And Liverpool striker Christian Benteke is guilty of committing this heinous crime while on international duty with Belgium at Euro 2016. The evidence is overwhelming… 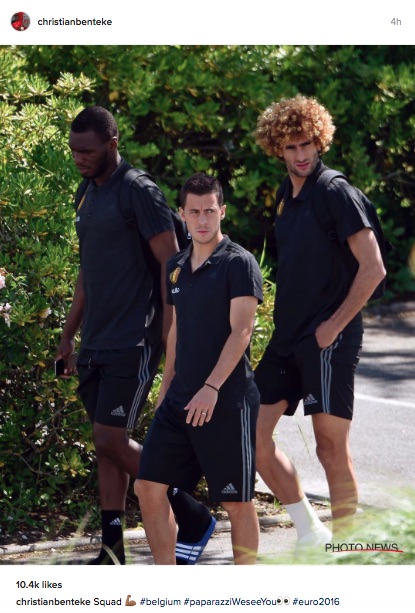 It is such a bad look that suddenly Marouane Fellaini’s blonde afro doesn’t look as bad.

Socks and sandals. They go together about as well as…well, Liverpool and Christian Benteke.

The 25-year-old managed just 10 goals in 42 games in his debut season at Anfield, and The Mirror claim that he will be offloaded to fund a move for Southampton winger Sadio Mane.