There have been many rumours that Netherlands international Memphis Depay might get the axe from Jose Mourinho after failing to make a major impact with Manchester United last season. But based on a recent Instagram post from his girlfriend during his vacation, he may not be on the chopping block after all.

Per the Manchester Evening News, Lori Harvey – Depay’s girlfriend and daughter of American comedy icon Steve Harvey, posted a photo on her account enjoying a ‘baecation’ on the Greek island of Santorini with the Dutch winger. 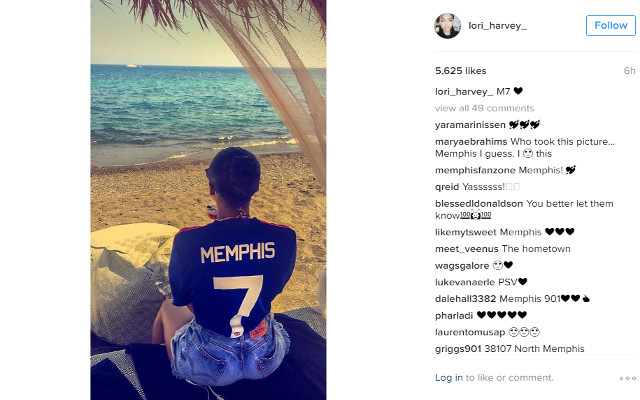 Notably, Harvey was wearing a Man United jersey with Depay’s name and number on it – hinting that he has not left the club just yet.