When Graziano Pelle fired home to put Italy 2-0 up in the dying seconds against Spain this afternoon, Antonio Conte lost the plot.

The excited Italy boss, who will become Chelsea manager later this summer, jumped on top of his dugout as he went wild in celebration.

Apparently, Conte was trying to run to his wife, Elisabetta Muscarello.

Once you see these pictures you’ll understand why he was in such a rush! 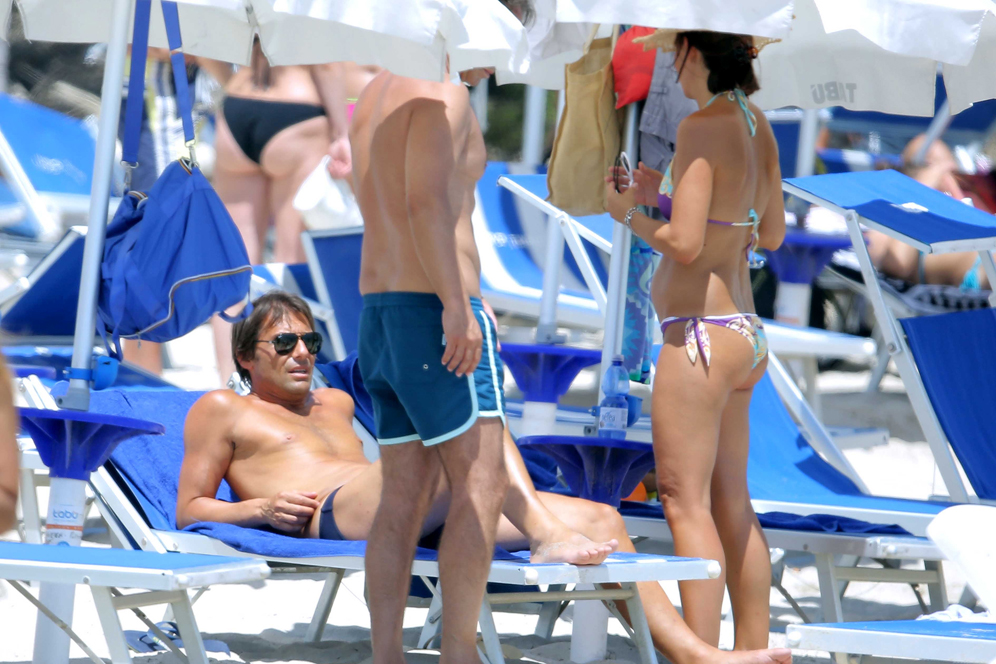 Antonio and Elisabetta got married in 2013. 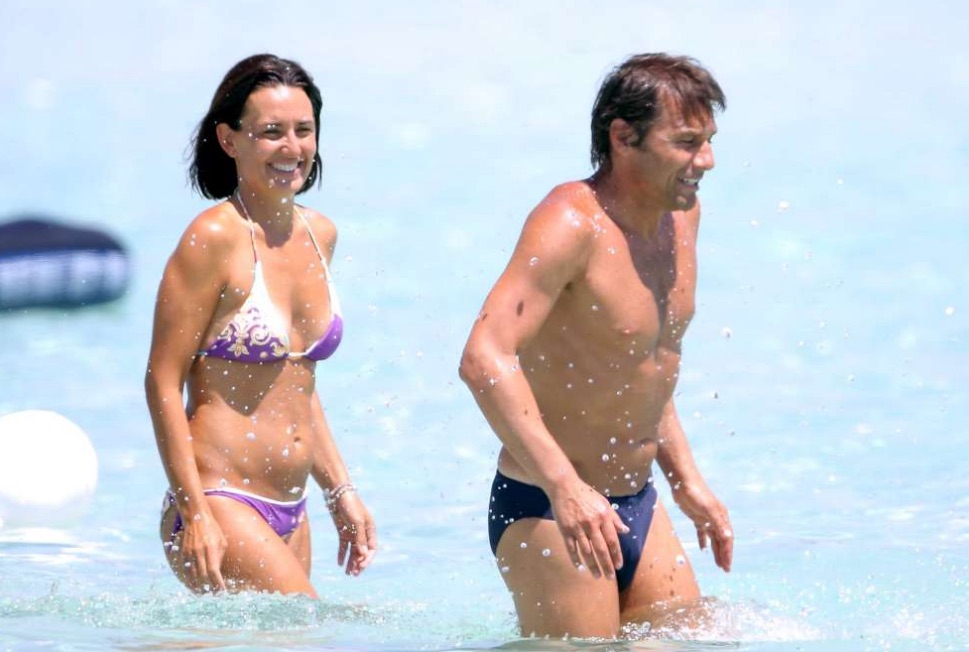 They have one daughter together. 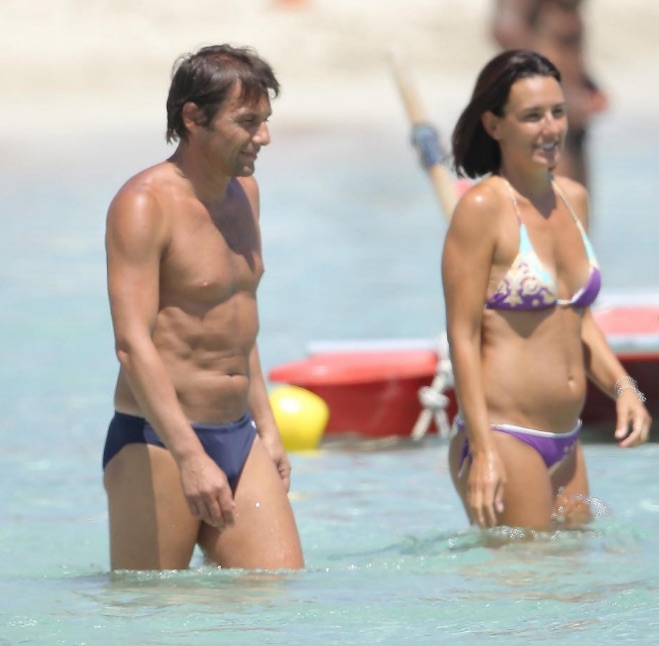 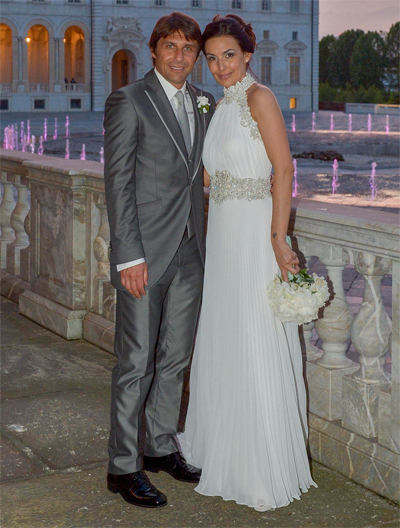 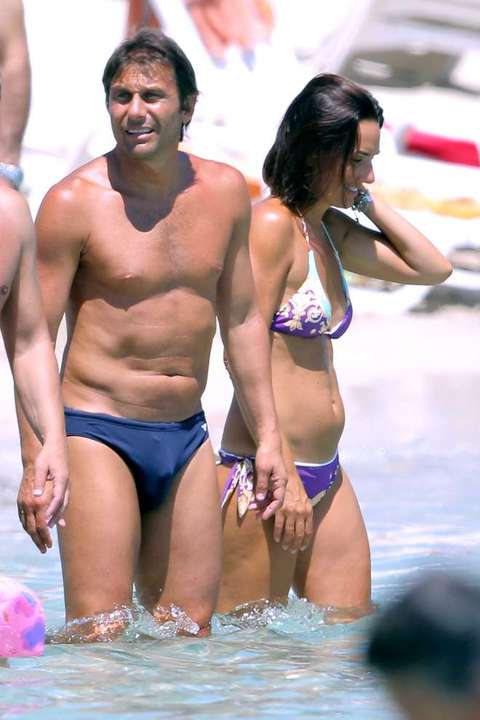