His contract was up this summer anyway, so it is no shock whatsoever that he has opted to step down after overseeing his country’s most embarrassing European campaign of all time.

Monday night’s 2-1 defeat to Iceland was a huge shock, however, as are some of the names who are being tipped to replace Hodgson. 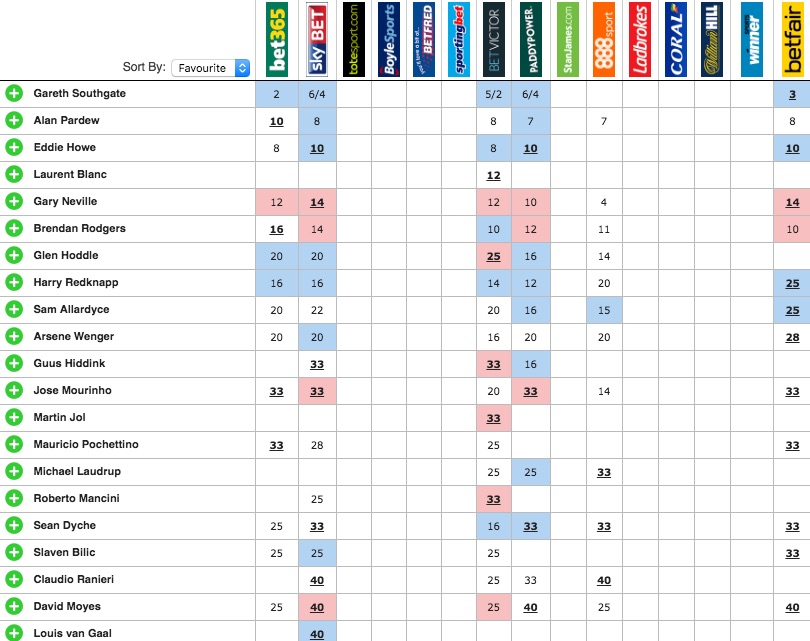 Gareth Southgate is the outright favourite to be the next England manager, while Alan Pardew is the second favourite with most firms.

Southgate, who is well-versed in tournament failure thanks to his role with England’s U21s, is 6-4 with skyBET and Paddy Power, while Pards is available at 8s and 7s with those two companies respectively.

Neville has just left his coaching position in the England set-up as a consequence of Hodgson’s resignation, while his horrible time in charge of Valencia suggests he is far from ready for international management.

The options don’t inspire much hope at this bleak time.

Surely not Pards, though. Anything but that…