Alexis Sanchez was named player of the tournament last night as Chile defended their Copa America title with a penalty-shootout victory over Argentina.

And Sanchez’s Arsenal teammate Mesut Ozil was one of the first people to congratulate the South American on his double success with this Instagram post. 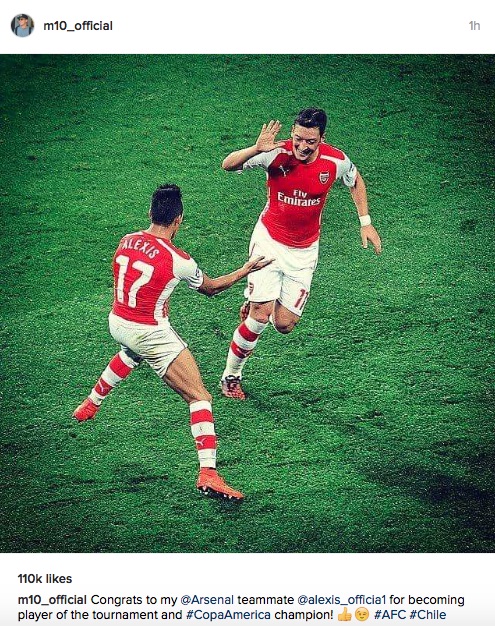 Ozil will be hoping to follow in Sanchez’s footsteps by winning major international honours this summer. Germany cruised into the Euro 2016 quarter-finals yesterday with a 3-0 win over Slovakia.

Sanchez and Ozil are Arsenal’s two marquee players, and them returning to the Emirates after triumphant international breaks could set up the Gunners for a long overdue Premier League title win.