Olivier Giroud is a good looking chap. I’m not afraid to say it.

As the Daily Mail reports, the Arsenal striker was named the ‘Hottest Premier League Player’ in February 2015 after a survey by leading bookmaker and banter kings Paddy Power.

Well it seems that Manchester United midfielder Morgan Schneiderlin is modelling himself on his France international teammate in an attempt to increase his own sex appeal.

Check out Schneiderlin’s Instagram post of the two celebrating France reaching the quarter-finals of Euro 2016, along with Sevilla defender Adil Rami. The hair, the beard, the suit – almost identical! 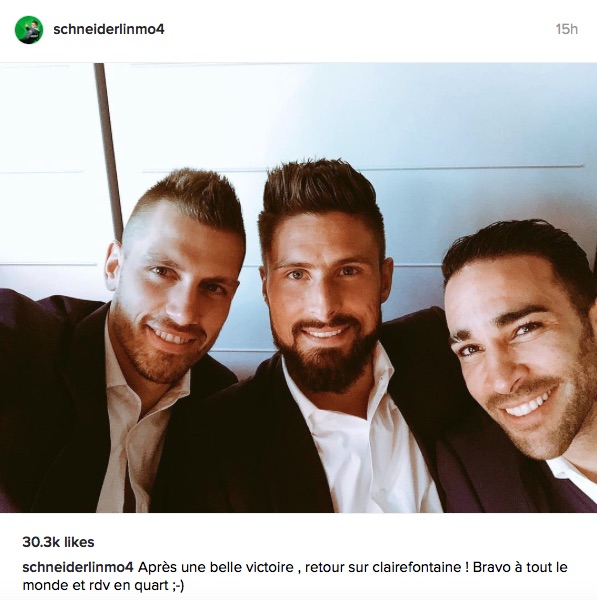 Schneiderlin is yet to play a minute of France’s Euro 2016 campaign, while Giroud has started three of their four games, including yesterday’s last-16 win over the Republic of Ireland.