Man United hope to ruin Chelsea’s summer transfer plans by gazumping them in their pursuit of Roma midfielder Radja Nainggolan.

Signing Belgium international Nainggolan is a top priority for incoming Blues boss Antonio Conte, but Chelsea have so far been frustrated in their attempts to agree a deal with Roma.

Three Chelsea bids – the latest of which was worth just under £34m – have been rejected by Roma. Nevertheless, the Serie A club secretly accept that it is almost inevitable that they will lose the 28-year-old this summer. They are simply holding out for a better offer. 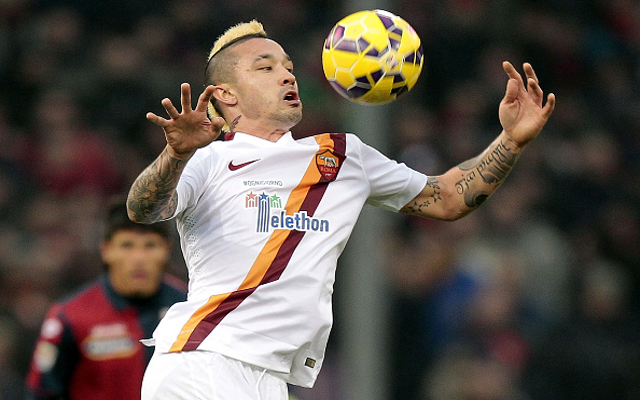 And that better offer is likely to come from Jose Mourinho and Manchester United, as CaughtOffside understands that the Red Devils are piecing together a part-exchange bid that includes former Chelsea star Juan Mata and at least £12m in cash.

Mourinho offloaded Mata to United in 2014 and he is expected to move him on once more before the start of next season. Moves to Everton, Barcelona and even a return to Chelsea have been mooted, but Old Trafford bigwigs hope to use the former Spain international to bait Roma into doing business.

Roma are currently in need of a playmaker after selling Miralem Pjanic to Juventus, so Mata should appeal to them, while the player himself may be tempted to swap Manchester for Rome on the promise of regular first-team football for a side in the Champions League.

Chelsea are still determined to get Nainggolan and there is no suggestion that they will be put off by competition from United, but they could struggle to better the overall package put forward by their Premier League rivals.