You would assume that a journalist who contributes to talkRADIO, The Telegraph, Sky News and The BBC would have a pretty good understanding of words.

However, for Julia Hartley-Brewer’s sake, let’s assume that her knowledge is lacking when it comes to terms for sex offenders.

How have I only just seen this now!?#ENG team branded “OVERPAID NONCES” by @BBCNews team!

For those of you, like Julia, who perhaps didn’t know, nonce is a word used to describe a person convicted of a sexual offence, especially against a child.

Henry Bonsu, who was sat to Hartley-Brewer’s left when she made the offending comment, immediately recognised that this was totally inappropriate.

Bonsu quickly chimed in to say: “That is terrible. I divorce myself, I detach myself completely from what you just said.”

But presenter Clive Myrie, clearly amused by Hartley-Brewer’s slip, went on to repeat her slur.

In the last few minutes, Hartley-Brewer has taken to Twitter to explain the whole palava.

It turns out she meant to say ponces! Oops…

We’re pretty sure ponce isn’t on the approved list of BBC nouns either. 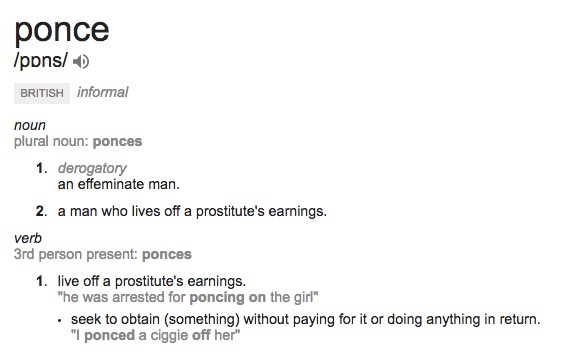