If we were to honestly and accurately assign ratings to England players based on Monday night’s 2-1 defeat to Iceland they would look like a very short piece of binary code.

Ironically, however, there is not a one or zero in site in the England player ratings of Whoscored or The Sun’s Dream Team – both of whom use machines to create their scores.

These ratings prove once and for all that robots and computers know absolutely nowt about football!

Wayne Rooney was rewarded with an astonishing 8/10 by Dream Team’s questionable algorithm, while Whoscored gave him a score of 6.88, which was also way too high for a one of the Manchester United star’s worst displays of all time.

Both sites had Joe Hart down as England’s lowest scorer following a second fatal error in three games, but they were still kind, with ratings of 5/10 and 5.56 respectively.

Dream Team also gave Marcus Rashford 5/10, despite him being England’s best player, albeit only during an eight-minute at the end.

Check out the full England player ratings from Whoscored and Dream Team below, before heading to the toilet for one final post-Euros chunder. 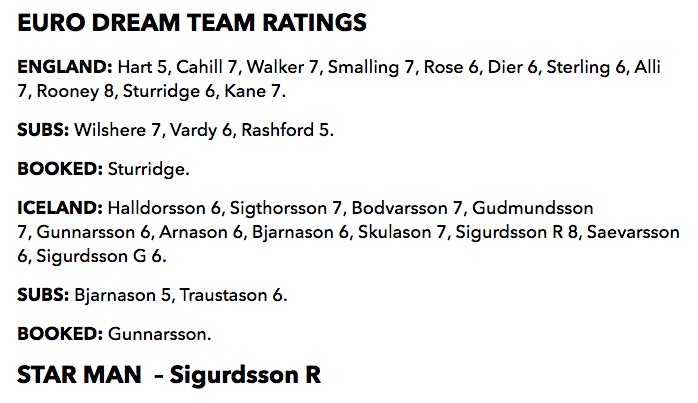